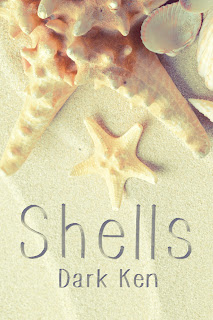 Everything was in black and white.

“Do I have to say it again?”, nagdadalawang isip kong tanong.

“Yes. Start from the beginning, please?”, they said.

They all gathered infront of me. They were all ears. Eager to hear to what I have to say.

I then looked at Felix, my boyfriend.

I then looked at the people gathered around me.

I gave them a bright smile.

I again looked at them and released a sigh.

“I’m not really good with words. Pero this was how it went.”

I again looked at Felix, he was flashing a smile at me. Waiting. Waiting for what I have to say.

“It was that one summer. I was bored to death so me and my friends went to go down by the beach. I was hesitant at first, but what the hell! I still did. And yeah, I’m glad I did.”

”So I was strolling by the beach when I saw this guy over here looking at the shells scattered all over by the bay. In which I later found out he was very fond of.”

I looked at Felix then released a chuckle. Everyone then smiled.

“I was then curious on what he was doing so I walked closer only to find out that he was already staring at me.”

“He asked me what I was looking at. I remember feeling my face turn red. He smiled and let out his hand. I grabbed his hand para makipagkamay pero nabigla ako ng may mahawakan akong matigas. It was a shell.”

“Ang ganda noh? His eyes glittered. Or at least that’s how I saw it.”

Namula ako ulit. How could I forget that feeling? That was the start of my forever with Felix. And that smile? I imagined that’s how an angel’s smile would be.

“We were about to leave when he asked me this kindda stupid… No, actually, embarrassing question.”

“Felix. You know, like the cat. He said jokingly.”

“Korny pero that actually made me laugh.”

“I was about to leave. Actually, I was a feet away from him when I turned back and asked for his number. Only to find myself with no pen or even my cellphone. Silly me.”

It made everyone laugh even harder.

“But good thing hindi ako nagdala. Naglakas loob akong magpasama pabalik sa villa to get a pen and get his number. And sinamahan naman nya ko. But then, we found ourselves dining together for dinner. It was like magic. Everything seemed so smooth after that. We fell inlove. All because of that one summer. And shells, of course.”

I looked at everyone. They all looked at me with those eyes. Mga titig na para bang naiinggit. Not in a negative way, but hoping na they would find happiness like we did.

“Maybe most of you are thinking. What is it about shells and Felix anyway?!”, pagbibiro ko.

The crowd moved to the edge of their seats. Waiting for what I have to say.

“I asked him one day what it is about this shells that fascinated him so much.”

“It was because of pearls. He was fascinated by the thought on how a grain of sand would turn into a pearl inside a shell. He believes that everyone has their own shell and we are all grains of sand waiting to be turned into pearls.”

No one was laughing anymore. Not even a smile can be seen.

“He once told me I was his shell and that I turned him into the pearl that he is.”

“But no. I was the grain of sand and he was my shell. He turned me into the pearl that I am today.”

Napapikit akong muli. Today was 3 years exactly the day that I saw him looking at those shells by the beach. And today would also be the day that we will see him for the last time.

Everything was in black and white. Or atleast us. He was in his pearl colored casket. I looked at him again and closed my eyes. I can see him smiling. The way he used to when I said to him this words.

The day before he died, he asked me to say my eulogy for him.

It broke my heart.

Email ThisBlogThis!Share to TwitterShare to FacebookShare to Pinterest
Labels: Shells